EP Spring 2022 Survey: Rallying around the European flag | Democracy as anchor point in times of crisis 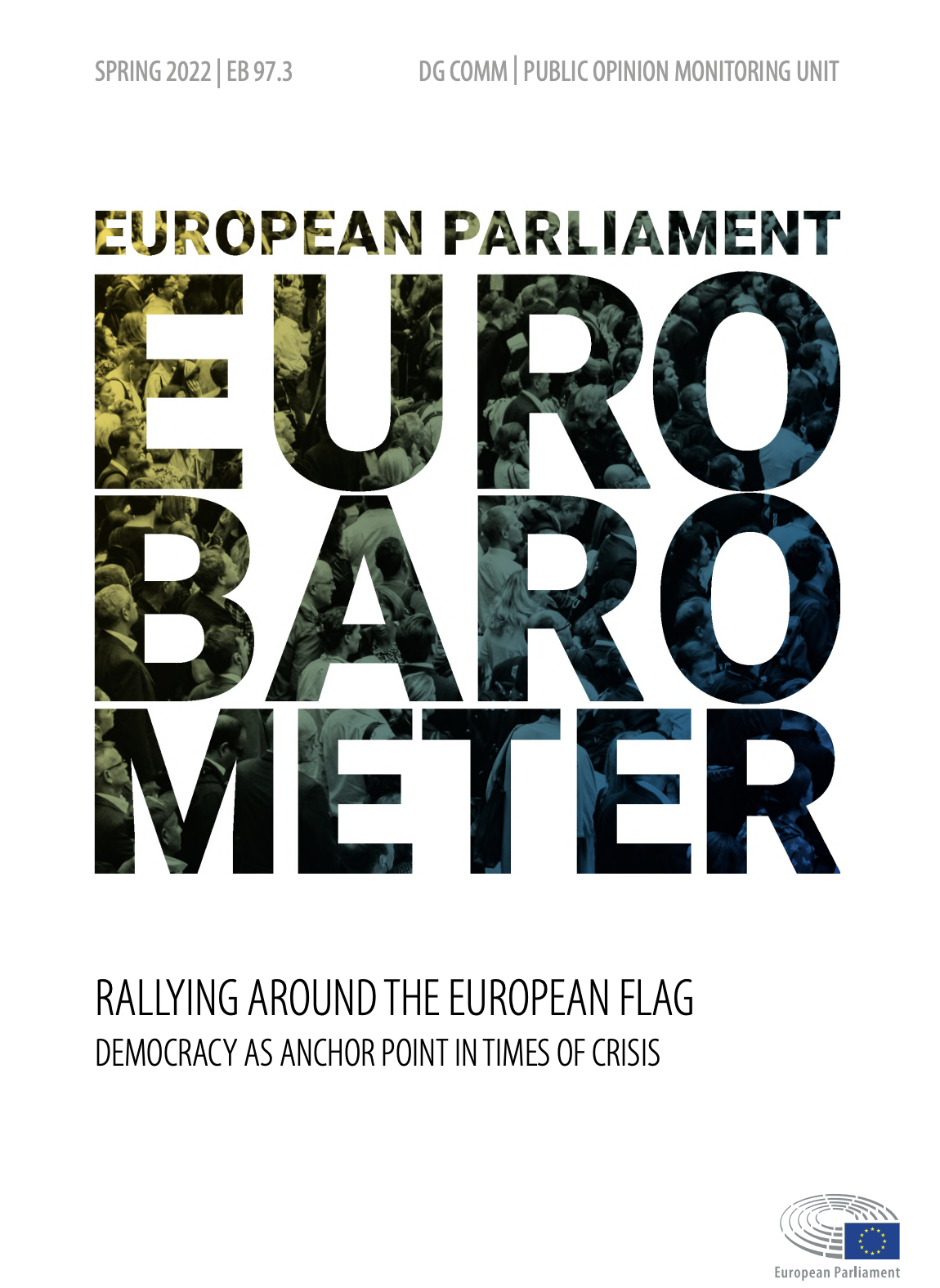 According to the Spring 2022 Eurobarometer by the European Parliament, Russia’s war against Ukraine has strengthened public support for the EU. Almost two thirds (65%) of Europeans see EU membership as a good thing. This is the highest result since 2007, when it was at 58%. 52% of Europeans today have a positive image of the EU, against 12% negative. Most citizens perceive the war in Ukraine as fundamental change: 61% of Europeans are not confident that their life will continue unchanged.  However, 59% of Europeans see the defence of common European values such as freedom and democracy as a priority – even if that were to affect prices and the cost of living. The increasing economic worries are also reflected in the political priorities citizens want the European Parliament to focus on: the fight against poverty and social exclusion is mentioned first (38%). The perception of the war and what it means for the European Union becomes also visible in the citizens’ core values they want the European Parliament to defend as a matter of priority: democracy again tops the list, with an increase of six points compared to autumn 2021 (38%, +6pp).