Flash Eurobarometer: EU’s response to the war in Ukraine 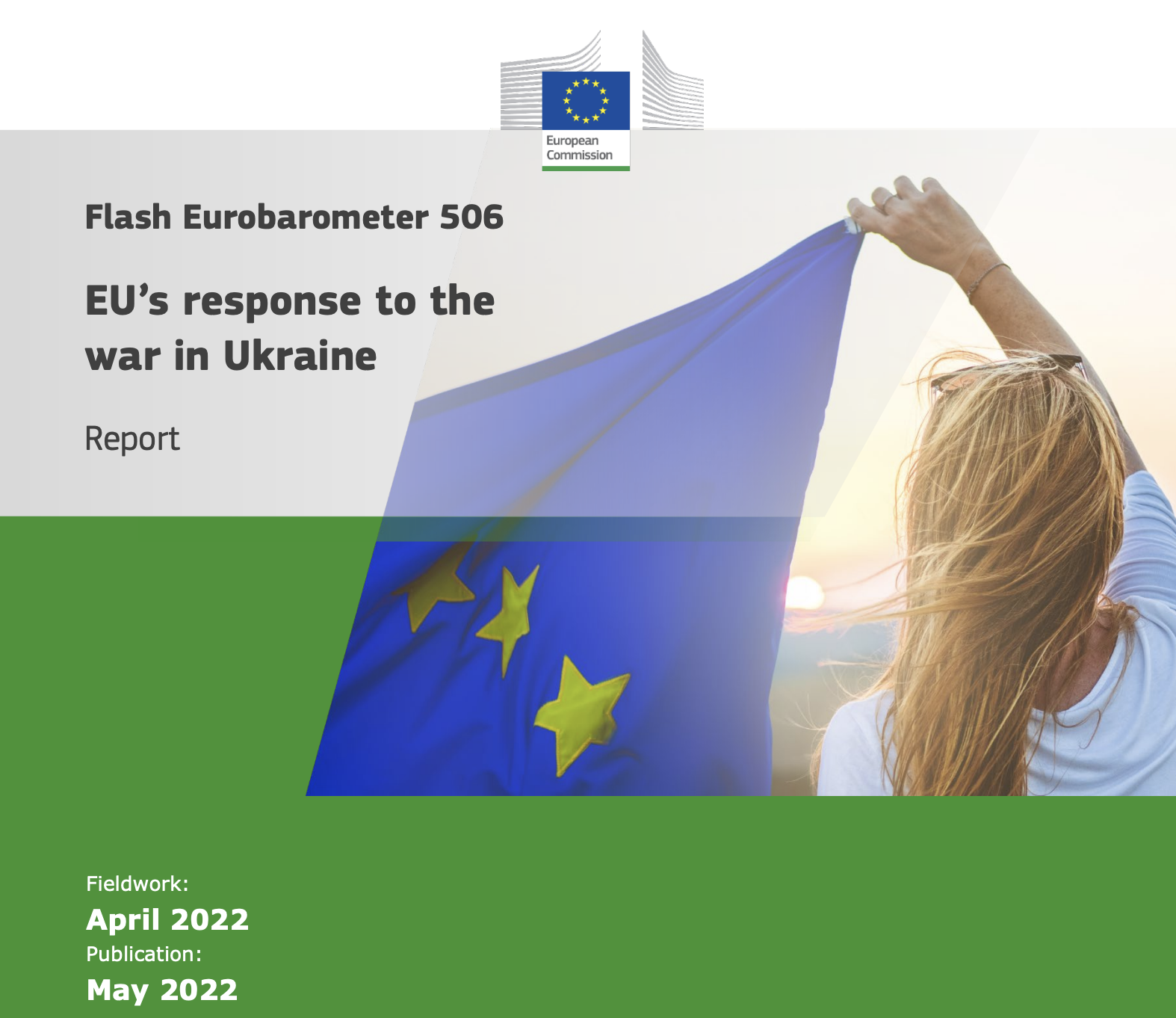 A new Flash Eurobarometer survey shows large consensus among EU citizens in all EU Member States in favour of the EU’s response to Russia’s invasion of Ukraine. The majority of Europeans think that, since the war started, the EU has shown solidarity (79%) and has been united (63%) and fast (58%) in its reaction. Respondents are widely in favour of the unwavering support to Ukraine and its people. In particular, more than nine out of ten respondents (93%) approve providing humanitarian support to the people affected by the war. 88% of Europeans approve the idea of welcoming in the EU people fleeing the war. 80% approve the financial support provided to Ukraine. 66% agree that ‘Ukraine should join the EU when it is ready’, 71% believe that Ukraine is part of the European family and 89% feel sympathy towards Ukrainians.

This Flash Eurobarometer survey was conducted in the 27 Member States between 13 and 20 April 2022. 26,066 EU citizens have been interviewed online.