Stand Up for Ukraine Global Campaign 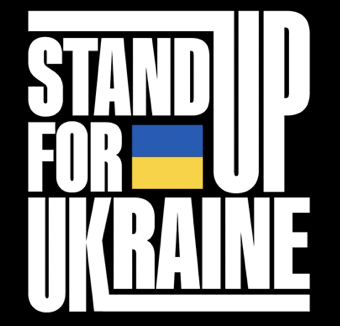 The “Stand Up For Ukraine” campaign, launched by the European Commission and the Government of Canada, seeks to mobilise governments, institutions, artists, companies and individuals to direct funding to support humanitarian efforts in Ukraine and in neighbouring countries.

The campaign will culminate in a pledging event on 9 April, co-hosted by President of the European Commission Ursula von der Leyen and Prime Minister Justin Trudeau. The aim is to raise funds and mobilise support more broadly, to cater for the needs of internally displaced people and of refugees.