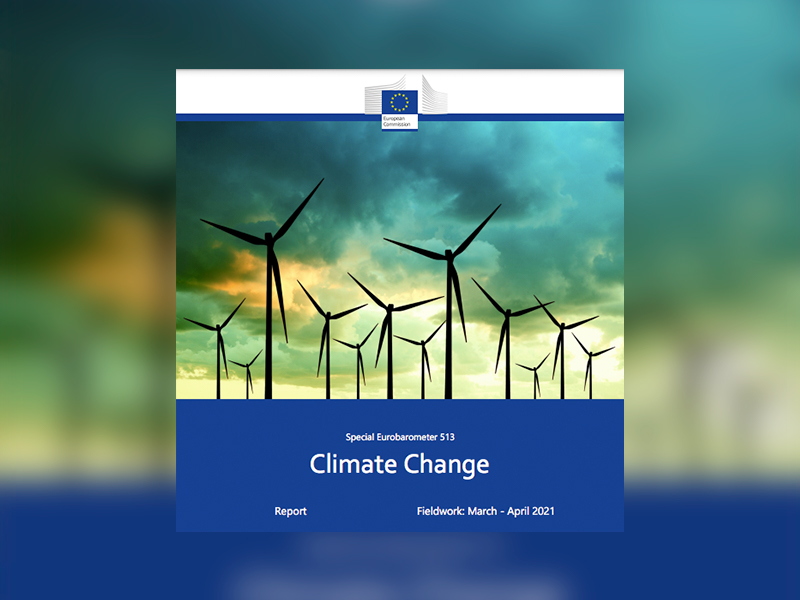 In terms of policy response, nine out of ten Europeans (90%) agree that greenhouse gas emissions should be reduced to a minimum while offsetting remaining emissions to make the EU climate-neutral by 2050. Close to nine in ten Europeans (87%) think it is important that the EU sets ambitious targets to increase renewable energy use, and the same percentage believes that it is important that the EU provides support for improving energy efficiency.

A majority (64%) of EU citizens are already taking individual climate action and consciously making sustainable choices in their daily lives. When asked who is responsible for tackling climate change, citizens underlined the need for structural reform to accompany individual action, pointing to national governments (63%), business and industry (58%) and the EU (57%). Over eight in ten Europeans surveyed (81%) agree that clean energies should receive more public financial support.