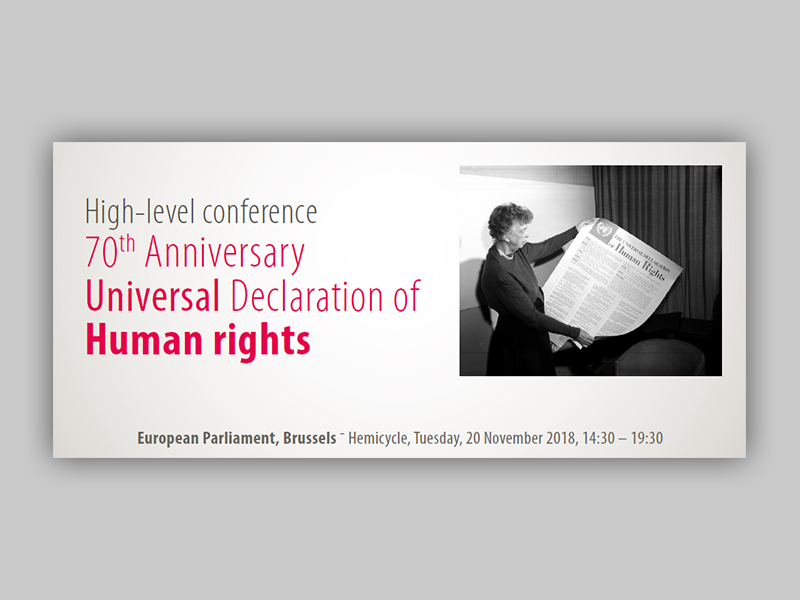 To mark the 70th anniversary of the Universal Declaration of Human Rights, the European Parliament will organise a week of events, from 19th to 23rd November, including a conference in Brussels on Tuesday 20th November.

European parliamentary committees will organise hearings on the role of governments, institutions and civil society in strengthening respect for fundamental rights, including children’s rights, in the EU.
On 19th November, the civil liberties committee will discuss a new fundamental rights report on migrant rights, LGBT, the rights of people with a disability, and the independence of the judiciary in the EU.
The committees will also look at incorporating human rights into the EU’s development aid and trade cooperation with non-EU countries.
In addition, there will be films highlighting stories of human rights defenders around the world on screens in Parliament throughout the week.